Cry For Help – EP and Video OUT NOW

February 19, 2021 by admin@firekind.com in Uncategorized 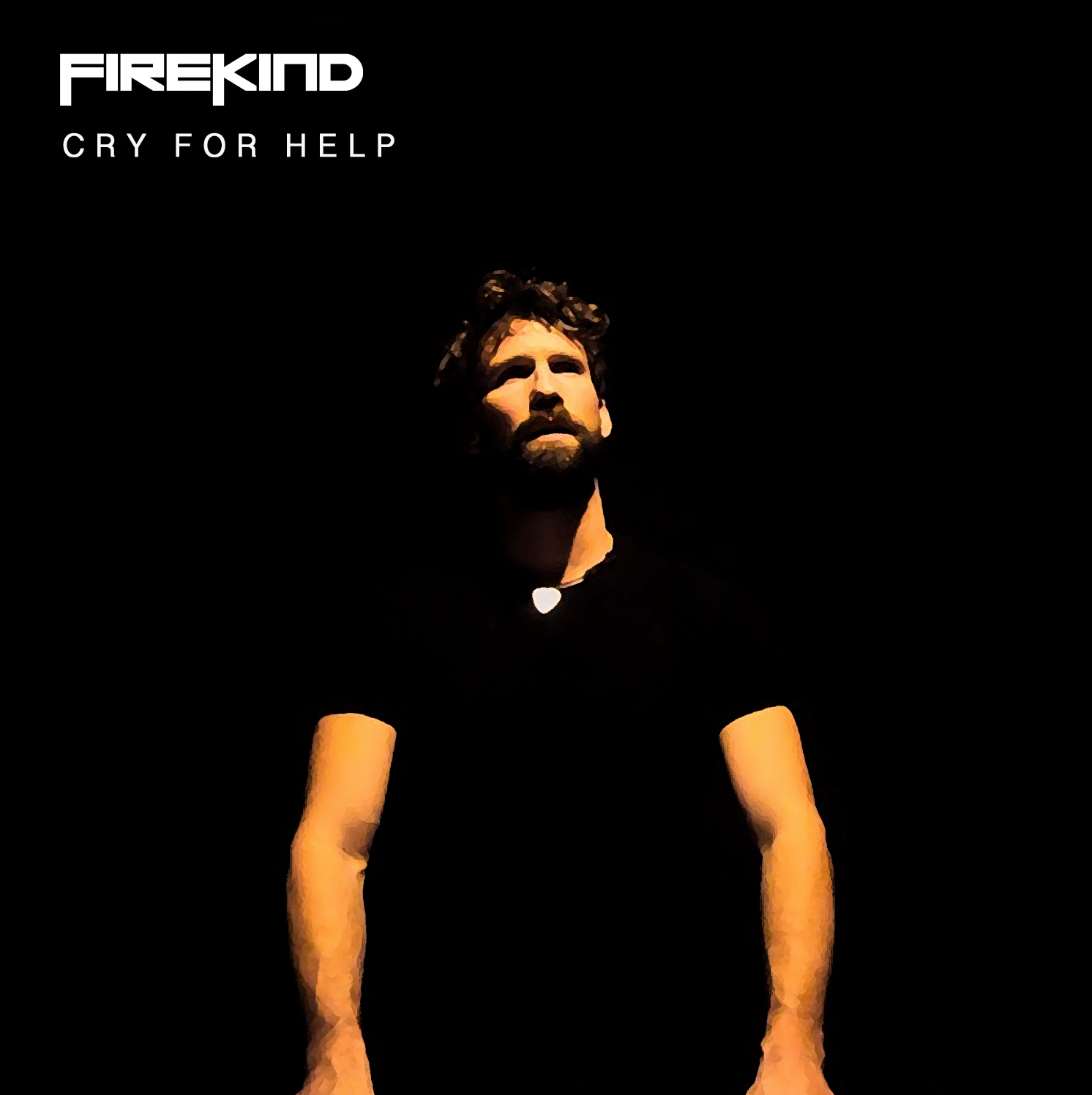 Firekind​ release their latest single, ‘​Cry For Help’​ in a strictly to 100 Limited Edition CD EP with two bonus tracks and on all digital platforms. Frontman ​Jas Morris​ states, “​Nothing much stirs more emotion in me than seeing someone helping another person,​ especially when there isn’t anything in it for the person helping.” Jas continues passionately, “In times when you are at your end and you think all is lost, then that one person is brave enough to jump in to save you out of the blue. That’s what I tried to capture with this track.”

The signed and numbered CD, and digital release, boasts B-Sides of an alternate, heavier version to the album of ‘​No Stone Unturned​’. A heart wrenching, ​Jeff Beck​ tinged ‘​Have I Been Living​’ alternative is also served with aplomb. Both tracks were arranged/recorded remotely in the current UK lockdown, with an erstwhile friend of the band Matt Fisher who mixed and mastered the bonus tracks.

The accompanying video works on the concept of time, of being under threat yet welcoming such danger whether that be physical or psychological. “This took a lot of work in my home studio and a lot of fun coming up with concepts and ideas to have the viewer experience help can move backwards yet move forward with the message of the song.”

The​ ​Devon UK modern rock 3 piece released their album ‘​What I Have Found Is Already Lost​’ Deluxe Edition to rave reviews and gained the most viewed set of the ever growing and passionate Facebook group ​New Wave Of Classic Rock​ event ​Webfest 4​. Jas, a previous Guitarist Magazine Guitarist Of The Year​ winner, states “We’ve been astounded with the amazing feedback we’ve had from so many fans, reviewers and our peers alike.”

Fusing epic soaring vocal and guitar melodies with driving, powerful drums and bass, the band consists of brothers ​Jas ​(vocals, guitar and ​Seth Baccus Guitars​ Official Artist), ​Dan Morris (bass, keys) and ​Robin Shute​ (drums). Original drummer and good friend of the band Dan Collings played on the album. With hard rock and prog roots spiced with an arena sound blent in, it’s hard to pigeon hole them which bodes to a myriad of rock tastes across modern genres.

This is a theme throughout augmented by the acoustic bonus tracks, which were recorded ​and produced by Jas and Dan in their home studio​ during the initial Covid-19 lock down. Moving with grief in ‘Coming Out Alive​’, living life to the full in the booming opener ‘Adrenalin​’ which was included in ​Classic Rock Magazine​ Tracks of The Week, leaving a relationship behind in the brooding ‘​If There’s Any Reason​’ and the uplifting ‘​Sound Of Rain​’ A listed by ​Feedback Radio​ for 3 weeks all feature with a lingering overarching resonance.

Produced in West Hollywood, Los Angeles by the highly acclaimed and sought after ​Alain Johannes​ (​Queens Of The Stone Age, Chris Cornell​, ​PJ Harvey​) – Jas enthuses “Alain is an amazing man and created such a cool vibe for us the whole time, along with our friends there. We used ​Dave Grohl​’s personal amps, a hybrid of ​Guns N’ Roses​ and ​Jason Bonham​’s drum kits! It was so inspiring and pushed us on to give even more than we believed we had already.” Watch ‘Behind The Scenes’ recording of the album ​here​.

Along the way there have been UK & French/Swiss Alps tours/festivals with ​Feeder​, ​Reef, Wishbone Ash, Walter Trout,​ and escapades partying with the ​Foo Fighters​ in London at the ‘Sound City’ film launch. Firekind are here for fun, to set alight speakers and with a ​UK tour later this year to be announced​, torch stages.